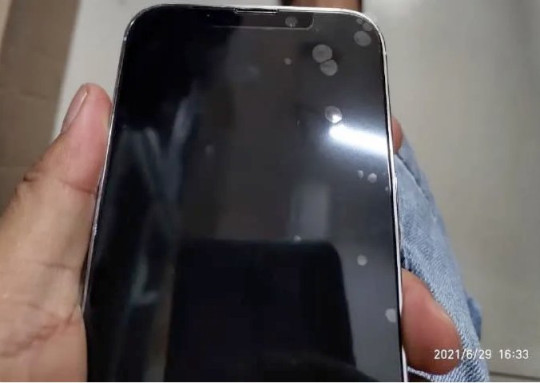 iPhone 13 dummy (with a smaller notch on the front)

A leaked photo with the front of the device with a smaller notch on the front is doing rounds on the internet. You may ask, “What are dummies?” Other companies like accessory manufacturers receive top-notch, non-operational models of the real phones from the phone manufacturing companies, and these are what are known as dummies. Though the sources of the photos have not been verified, the rumors around the model being a mock-up of the upcoming iPhone 13 are getting stronger by the day.

Stronger magnets at the back of iPhone 13

According to Max Weinbach of EverythingApplePro, iPhone 13 will come with stronger magnets to support the powerful MagSafe charger. Quick charging and wireless reverse charging are supposed to be the perks offered by MagSafe Charger. 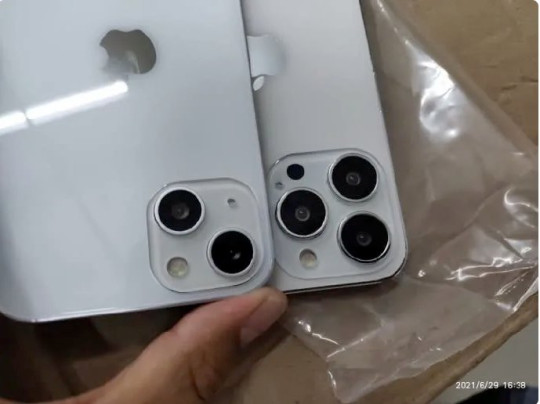 Images of two white iPhone models have been shared by the Chinese social networking site Weibo and are believed to be iPhone 13 and iPhone 13 Pro. Slightly larger camera bumps have been noticed which are said to have a 2.5x telephoto zoom, an upgraded version that promises an impressive wide-angle lens. As per MacRumours, the camera of the iPhone 13 will have an f1.8 aperture.

Leaked Specifications and Features of iPhone 13

1)    According to KTC, a Ukrainian site, the colors that the iPhone 13 will be available in are pink, purple, black, blue, white, and red.

3)    There are also some rumors as far as the name is concerned. As per some sources, the name of the new iPhone model will be iPhone 12S while some other sources say it should be named iPhone 13 as it has a lot of upgrades. September 14 is the day when the mystery around the name will be solved.

4)    The design of the iPhone 13 is said to be the same as the current model but there may be some changes.

5)    As has already been mentioned above, iPhone 13 will come with diagonally placed lenses as per the camera is concerned.

6)    A Chinese source says the iPhone 13 will come with an upgraded battery of 3095 mAh, which is powerful as per phone standards. Why do we say the battery is upgraded? That’s because the present generation iPhone 12 has a 2815 mAh battery. The soon-to-be-launched A15 Bionic chipset should help have a better battery performance when used together with iPhone 13. The chipset is going to be manufactured in the 5nm manufacturing process similar to that of the A14 Bionic chipset as per a rumor.

8)    Display features like always-on display and in-display fingerprint scanning may also be available.

9)    iPhone 13 will also have a video bokeh feature which is similar to the image bokeh implementation. Do you like to shoot videos of top-notch quality? Pro-res video will allow you to do so. You can even improve the color and appearance of the photos with a new filter mode.

The price of the iPhone 13 is going to start at $799. In India, the price is supposed to be in the same price range as the current-generation iPhone 12, which is around 79,900 INR.

Can’t wait for iPhone 13 to launch?

If the answer is yes, you are not alone as iPhone 13 launch is a much-awaited event and every iPhone fan is keeping a watch on the news related to it like a hawk.

How to pre-order the PS5 Pink/Blue/Purple in Controller

All about Ronnie Spector – age, famous songs, and net worth

Everything about Sidney Poitier: Net worth, death, movies

Why Metaverse Is The Future For Virtual Reality?

All about Bug Bounty GitHub

Techflashes is your news, mobile, gadgets, applications, hosing, reviews website. We provide you with the latest breaking software information from the software industry.
Contact us: [email protected]

John Wick 4: Everything We Need To Know About

What are the Upcoming Nintendo Switch Games in 2022+?

What about Into the Night Bath and Body Works?